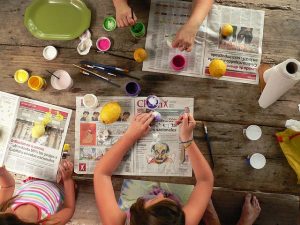 Jamie’s Gang is a club for children that is run at Burston Chapel on Wednesday evenings.  At the club we have team games and individual games, crafts, visits around the village (usually for wide games), stories, and tuck shop.  The club runs between 5pm and 6.30pm and at present is a subs admission at the door of 50p.

Years ago the organisation who use to own Burston Chapel had a gentleman who tried to meet a very specific issue that faced children living in rural areas.  Many of the children associated with the little chapels in villages were very small in number.  Sometimes the chapels would cater for the children of just one family or a couple of families who lived miles apart.  This gentleman started to produce a comic-style newsletter for these children using the name of a fictitious newsletter owner called Jamie.  The newsletter itself was called Jamie’s Gang  It was an attempt to connect these small groups of small children and give them a sense that there were others in a situation similar to their own and that they weren’t alone in a rural setting.

Over time the children’s gatherings themsleves adopted the same name.  There are in fact a couple of other clubs in rural places that are also called Jamie’s Gang – but they are very rare.  Jamie’s Gang at Burston Chapel has been running for many years.  It has been known by local families for years and has never really shaken the original title.  One day it might change, but for the time being it remains with the same name. 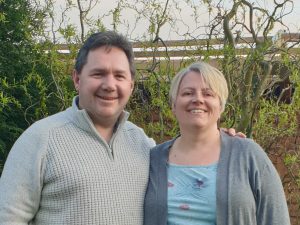 Pastor Sam and Ginni have been running Jamie’s Gang since they arrived in Burston in 1998.  They still have contact with a number of young people who have, at some time, attended the club.  They enjoy learning about how the young people progress in life.

Being involved with the lives of children and vulnerable adults requires that both of them have enhanced DBS certificates.

When Do We Meet?